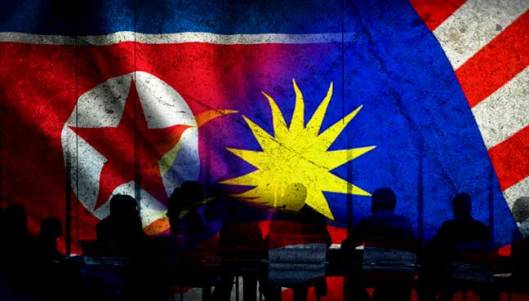 The outrageous assassination of Kim Jong-nam at KLIA has gripped Malaysians for almost three weeks now. Sensational headlines, provocative statements and blow by blow accounts of the investigation have become something of a daily staple.

In typical Malaysian fashion, a number of our politicians have also rushed to appear before the cameras to score cheap points by demonstrating how zealous they are in defending the nation’s sovereignty.

Now is as good a time as any to reflect upon some realities.

Firstly, our sovereignty is not at stake here. Accusations of any impropriety on our part, the kind that was levelled against us by the North Korean ambassador, might affect our reputation but certainly not our sovereignty. In any case, North Korea has zero credibility at this stage so there’s nothing to worry about unless, of course, we ourselves screw things up.

For now, it is enough that the authorities have followed proper procedures in investigating the available leads, conducting an autopsy and seeking to contact the next-of-kin.

Secondly, when a diplomatic mission or another sovereign nation is involved in a murder investigation, we should expect that a full and proper investigation cannot be carried out without the cooperation of the other party. Absent such cooperation, complete closure might be difficult if not impossible.

In this case, North Korea has been unwilling to cooperate right from the start – insisting on pre-empting an autopsy, demanding the return of the corpse and putting some of the key suspects beyond the reach of Malaysian authorities.

As such, there is a real possibility that the real perpetrators of this crime might completely evade justice, at least in this world. Its not the outcome we would like but it is the outcome we might have to accept.

Thirdly, with the autopsy completed and the relevant DNA samples in storage, what becomes of the victim’s remains is actually quite secondary to the investigation. Since no next-of-kin has turned up to claim the body and neither is there any indication that any of them intends to do so, (based on what we know thus far), there is no reason why the body should not be returned to North Korea at the earliest opportunity.

Fourthly, without the cooperation of North Korea or the next-of-kin there is no way to ascertain the identity of the victim with any degree of certainty. We might just have to settle for John Doe (or in this case “Kim” Doe) status for the deceased. With the DNA samples already in our possession, the case can always be revisited later should the next-of-kin come forward to offer their own DNA for analysis. Again, it is not the best outcome but it will have to do given the circumstances.

Finally, all the tough talk about issuing arrest warrants against diplomats who are clearly protected under the Vienna Convention or intruding into the embassy to locate missing witnesses is unnecessarily provocative and counter-productive. Now is not is not the time for chest-thumping or for politicians to fish for votes. All it does is endanger the immunity of our own diplomatic personnel which should always be our main priority.

It is good that Prime Minister Najib Tun Razak is now seeking to dial down the rhetoric and give Wisma Putra the time and space it needs to quietly negotiate an acceptable way out of this impasse with North Korea.

Once our people in Pyongyang are safe, there will be time enough to review both our relations with North Korea as well as our own shortcomings in managing the crisis.