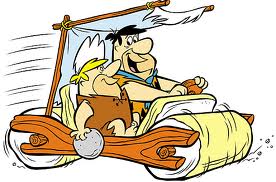 There has been a lot of discussion in the press lately about the sorry lack of courtesy and manners in Malaysia.

Allow me to jump in with my own pet peeve – the culture of indifference and disrespect for traffic laws.

We seem to have this notion that traffic laws can be overlooked when it is inconvenient or ignored when there’s little chance of being caught. It’s breeding a sense of lawlessness on the streets and highways of our nation.

Travel anywhere in the country at any time and you’ll find indiscriminate parking everywhere. Single or double lines, white or yellow lines, no parking signs or emergency exits, corners or fire hydrants, it makes no difference: there’s always someone who thinks he’s entitled to flaunt the rules and redefine what “Malaysia Boleh” means.

In Bangsar (my favourite haunt), indiscriminate parking is something of a competitive sport. In front of one shopping centre, a warning sign that illegally parked cars will be towed seems to be an open invitation for everyone to park illegally.

Clearly, most drivers long ago concluded that the authorities are not serious about enforcing traffic regulations. Cars are, for example, illegally parked right in front of the pondok police in Bangsar but the cops don’t seem to notice or mind.

In any case, if you are unfortunate enough to get ticketed whenever officialdom stirs, a few dollars should settle it; more if it’s near a festive season. It’s called an out of court settlement.

And then there are the red light runners to whom amber is the signal to speed up and red is but an opportunity to test the pickup. Stopping at red lights, in an any case, appears to be discretionary, especially if it’s late at night or early in the morning. “It makes no sense to stop at a red light when there is no traffic”, one friend explained to me.

Motorcyclists, for their part, don’t think that traffic lights (or any rules for that matter) apply to them.

Pedestrian crossings, as everyone knows, are actually kill zones; step on to a crossing and you are fair game for both cars and motorcycles.

Worst of all are the owners of those expensive and flashy cars with fancy number plates and windscreens covered with club stickers. They seem to think that they are entitled to special privileges including parking in front of hotel lobbies, mall entrances or restaurants.

It doesn’t help that our police and security guards suffer from big car phobia, which can be defined as undue submissiveness to owners of big cars.

I once saw a traffic warden in Bangsar ticket a whole row of Protons, Kancils and other plebeian vehicles but skip over a black Audi SUV with tinted windows. When I asked him why, he shrugged and walked away. Best not to mess around with those guys, I suppose; might be the son of a minister.

On the nation’s highways, owners of expensive cars seem to think that all other vehicles must immediately make way for them. If you don’t get out of the way quickly enough, be prepared to be tailgated, flashed, honked, and on occasion, given the mean finger. They obviously take their privileges very seriously and are easily offended when lesser mortals in toy cars don’t give them the honour that their inflated egos and big cars demand.

You won’t be surprised to learn that my favourite bumper sticker reads: “I brake frequently for tailgaters.”

“Orang putih” and diplomats, of course, get a free pass when it comes to traffic rules; the old “tuan” mentality is apparently alive and well despite over five decades of independence and constant reminders by our politicians that we are now masters of the universe.

Undoubtedly, the authorities must share much of the blame for this culture of lawlessness. Their inconsistent, selective or non-existent enforcement of traffic rules only encourages disregard, and even contempt, for the law. Poor urban planning and overdevelopment further compounds the problem.

There is no escaping, however, our own responsibility. After all, we are the ones who put our own convenience above respect for the law. We won’t pay to park and we won’t park more than a few feet from our destination. We complain about corruption but think nothing of offering a bribe when we get caught. We grumble about what’s wrong but we won’t do our part to help make things better.

Interestingly, when we travel to the US, Britain, Australia or even Singapore, we suddenly become very law abiding. We would never think of parking illegally in those places because we know we would quickly get ticketed and ticked off, Datuk or not. Offer a bribe and you might end up in jail. Amazing what a little enforcement and honest policing can do for law and order.

It’s about time we cultivated a healthy respect for the law and learn to take our obligations as citizens and drivers more seriously. As Ghandi once said, “We must be the change we want to see.”

Until we do, we will be little better than cavemen in cars.