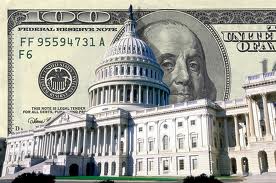 It’s election season again in the United States. Although election posters and campaign signs have yet to occupy the lawns and street corners of America, the battle for money, a mainstay of the electoral process, is well underway.

While Americans like to think of their democracy as a great equalizer where anyone can run for high office, it is no game for men of little means and weak connections. Running for president of the United States is, in fact, a game for millionaires. Both President Obama and his rival, Mitt Romney, are Harvard educated millionaires.

Part of the reason for this is that politics has become a hideously expensive affair. Television advertisements,  for example, which are the principle medium of political mass communication in America, cost millions of dollars. President Obama has already spent more than RM300 million (USD100 millions) on attack ads. As well, potential candidates often have to fight it out state by state, at a cost of yet more millions, before they can hope to win the endorsement of their own party.

The first priority of a candidate, therefore, is to attract wealthy donors and fundraisers to underwrite his or her campaign and to work assiduously at raising money.

President Obama reportedly attends at least three fundraising events each week and has now built up a sizeable war chest. His main challenger, Mitt Romney, is, however, steadily closing the gap as conservative groups desperate to deny Obama another term open the spigots.

By the time this election season is over, a scandalous RM21 billion (USD 7 billion) (more than the budget for health and education of the entire African continent) would have been lavished upon political candidates.

Given that only a small percentage of Americans actually donate to political causes and that the average donation is just over RM150 (USD 50), candidates have increasingly turned to big corporations, wealthy elites and special interests groups for campaign support.

Big corporations and vested interests, in turn, have been happy to oblige.

There is, of course, no such thing as a free lunch. Campaign donations are not about democracy or altruism but about owning a bit of the next president or senator or congressman and about buying influence and access to power.

Major contributors and fundraisers also expect to be rewarded with ambassadorships and other key appointments. America, unsurprisingly, has the most sophisticated patronage system of any democracy.

Thoughtful Americans have worried about the effects that such a system of campaign financing would have on their democracy.

One commentator noted, for example, that the system “undercuts a basic pillar of [our] democracy – that elected officials are representatives of the people who vote for them and should respond to their needs, not to the demands of a few wealthy contributors.”

Another complained that it makes Washington dysfunctional because it gives a small coterie of contributors the power to thwart the overall interests of the majority.

Efforts to limit campaign financing have, however, been struck down by the US Supreme Court on the grounds that it violates constitutional guarantees to free speech and unhindered advocacy.

In 2010, the courts cleared the way for individuals, corporations and unions to spend without limit on independent political initiatives. This has resulted in a number of “public affairs committees” springing up with millions of dollars at their disposal to sway public opinion and influence voter perception.

Billionaire oil barons Charles and David Koch, for example, have spent more than RM300 million (USD 100 million) to attack President Obama hoping to tilt the balance in favour of his rival.

What it means is that the views and voices of ordinary Americans are increasingly drowned out by the coin of big business and wealthy elites. Ordinary citizens cast their vote but cannot count on the integrity of those they vote for. Rival candidates stress their different approaches during the campaign but end up beholden to the same corporate interests when they take office.

It might explain why so many Americans are disenchanted with politics these days and why nearly half of all eligible voters don’t even bother to vote.

The influence of big business in American politics has become so pervasive that commentators like renowned economist Jeffrey Sachs argue that America is now more a “corporatocracy” (a political and economic system controlled by big corporations and corporate interests) than a democracy.

It is a shame, of course, that Americans should allow their democracy to be bought and sold this way. It is a stark reminder of the dangerous and pernicious effect that money can have on any political system.

If democracies are to remain responsive to their real stakeholders, the people, a more transparent and accountable campaign financing system must be put in place that would limit the power of big corporations and special interests groups. Unfortunately, it is not likely to happen any time soon in America.

An FMT (16th July 2012) report quoted a Sarawak politician as saying that Prime Minister Najib Tun Razak has “given every Barisan MP…  some RM3.5 million to carry out minor rural development projects.”

Where does this money come from? What kind of accountability is there to ensure that these funds are spent correctly? Is it proper that government MPs should be given such large amounts of money to disburse as they see fit in their constituencies? What about opposition MPs who are also elected by tax payers?

And while we are on the subject, why isn’t there a system that requires political parties in Malaysia to declare how much money they spend on the elections and where it comes from? Do government ministers use public funds to campaign?

Campaign spending in Malaysia has always been a murky affair with all sorts of shady things going on. Until we get this matter sorted out, it will be possible for votes to be bought and sold with impunity while government MPs could use the full resources of the state in their own election campaigns. It does not make for a level playing field.]