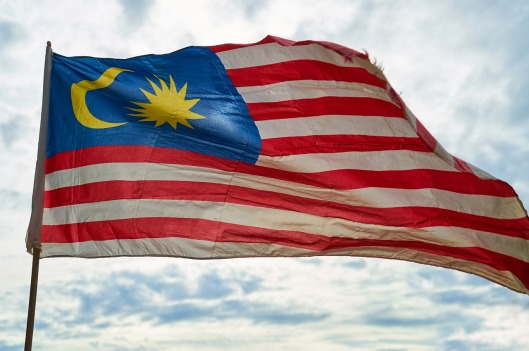 Years from now, historians might well come to see GE14 as the high watermark of non-Malay participation in the governance of the nation. It brought more non-Malays to parliament than ever before and with that all manner of positions in cabinet and beyond. Non-Malays were, for the first time in a very long time, appointed to key positions like the finance minister and the attorney-general.

It certainly gave non-Malays an immense sense of belonging, a feeling that at last they were being treated with some fairness and respect. While many considered it appropriate given our population mix, Ketuanan Melayu ideologues found it absolutely unacceptable.

The collective demonization of non-Malays and the rejection of their status as equal citizens are now so mainstream that non-Malay political parties will likely never again be allowed to rise to a similar position of strength. Successive gerrymandering measures have already diluted the non-Malay vote and deprived non-Malays of the opportunity to compete equally for seats in parliament. It will get worse the more entrenched Ketuanan Melayu politicians become.

The DAP for its part had a once-in-a-lifetime opportunity to counter long-held misconceptions that they were hostile to the Malays, that they were there only to look after Chinese interests. In hindsight, they could have done more to counter the vicious disinformation campaign that was launched against them by the whole Ketuanan Melayu establishment. It would have been nice as well if some of their Malay colleagues in PH had stood up for them more forcefully.

There is no doubt too that hubris and arrogance also played a part. One former DAP minister, for example, retorted in a private meeting that those who didn’t agree with the government should form their own political party or vote for the opposition. Once in Putrajaya, they seemed to have quickly lost touch with their own grassroots. Even in Penang, long a DAP stronghold, disenchantment is growing.

Whatever it is, the damage is done. Their image has taken a terrible beating especially among the Malays. They may continue to win elections in Chinese majority areas but they are unlikely to ever regain the influence they had in the early post-GE14 years.

In the meantime, uncertainty about their place in Malaysia will convince more and more non-Malays to consider migration. The more they suffer discrimination and marginalization, the greater will be the push to leave. And who can blame them? Malaysia will lose some of its brightest and best along with billions in capital outflows but don’t expect the Ketuanan Melayu crowd to lose any sleep over it.

One of the consequences of the political disenfranchisement of the non-Malays will be a weakening of support for the secular democratic moorings of our nation. Non-Malays, after all, have been amongst its strongest and most articulate supporters. Malay democrats and reformers (and there are many of them) will find themselves increasingly isolated and at the mercy of the religious establishment.

What all this means is that the ‘Sheraton Move’ which eventually brought this Malay unity government to office by the backdoor and without a popular mandate of its own might well set in train trends that will shake the very foundations of our nation. Whether intended or otherwise, it will reverberate well beyond the petty ambitions and greed of the unscrupulous politicians who gathered there on the night of February 23rd. As with so many things in life, the law of unintended consequences has a way of exacting its own revenge.

Of course, the future is never written in stone. There’s no shortage of political commentators who end up with egg on their faces trying to catch a glimpse of the future; but it is a risk that must be taken if only to force us to consider the likely consequences of our decisions.

In the end, the future of our nation might come down to three crucial questions. First, can the unity government survive? Malay unity has thus far proven to be ephemeral. Will the shared bonds of ethnicity and religion be enough to keep them together? The record is not exactly inspiring, especially when you consider that some of these leaders have gargantuan egos and supersized ambitions to match. They all want to be master of the universe.

Even as we speak, PN parties are busily jockeying for power and position, each demanding more and more of Muhyiddin in exchange for their support. Could they be preparing for the mother of all battles come GE15 to see which Malay party will rule them all? Suspicion and distrust, like termites, can weaken even the strongest structures, unseen and from the inside.

The second question is whether they can adequately manage the economy. The Covid-19 pandemic is already placing huge stress on the economy. With global markets badly affected by the contagion, growth will slow considerably. Millions could lose their jobs and their homes. Add to that falling oil and export revenues coupled with massive stimulus spending and you have all the ingredients for a perfect storm. The reintroduction of GST together with budget cuts across the board seems inevitable.

Before this is over, a lot of people – particularly from the B40 group – are going to feel a lot of pain. And they are likely to take it out on whoever sits in Putrajaya. Does Muhyiddin’s government have the wherewithal to act decisively and innovatively to restore our economic fortunes? And can he keep the plunder of national wealth to a minimum?

While Malaysians, of course, have a high threshold for pain at the hands of an abusive government, the PN government could find itself in deep trouble if too many people feel too much pain for too long.

The third question is how will moderate Malays respond. The Ketuanan Melayu agenda is by no means universally shared by all Malays. Many Malays are equally sick and tired of all the corruption, the abuse of power and the growing trend towards religious extremism. Indeed, an increasing number of them are so fed up that they too are leaving.

Will the ‘Sheraton Move’ finally galvanize moderate Malays (and perhaps the mythical silent majority) to step up to the plate to counter the dangerous forces that have been unleashed in our nation? Will they be able to create a genuine third force to reclaim Tengku Abdul Rahman’s vision of a constitutional democracy “founded on the principles of liberty and justice and ever seeking the welfare and happiness of its people” or will they go meekly into the night?

In the end, it’s going to be largely up to the Malay majority to make what they will of this nation; let us hope they will rise to the challenge with courage, justice and sagacity. And let’s hope it’s not too late.