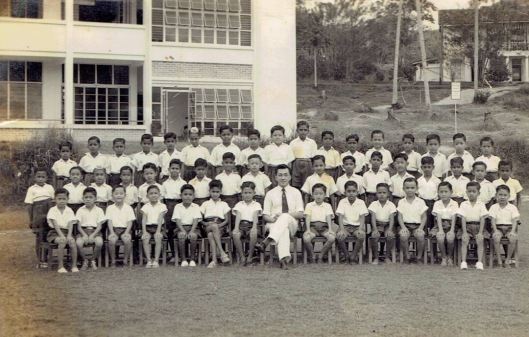 My friend Harry Lau passed away a few days ago. We grew up in Bukit Mertajam and, for more than a decade, we journeyed together through school – Stowell School and BM High School. After graduating from the University of Malaya, we went our separate ways – he joined the police force rising to the rank of Assistant Commissioner of Police before retiring; I joined the foreign service.

Years later, we came back together again and picked up our friendship with no difficulty at all. Others from our school group also came together. We were all older men now, in our seventies.  In retirement, we were united again and met on a regular basis, visiting, helping, encouraging each other. The bonds of friendship that were forged growing up in a small town at the foot of a hill endured for a lifetime.

No doubt, many others of my vintage will tell of similar stories of friendships forged and bonds built that endure to this day.

Our class was a microcosm of our nation – different races, different cultures, different religions. We were different but we were taught to look beyond race, religion, culture and language and forge relationships on the basis of character, loyalty and friendship. Our sense of identity came out of hours spent together – studying, participating in sports, camping, sleepovers, going to the movies, helping each other and all the other things that classmates and friends do.

We were also part of that Merdeka generation – we heard Tengku Abdul Rahman proclaim Merdeka; we saw the nation born. Many of us joined the public service because we wanted to answer the Tengku’s call to “to work and strive with hand and brain to create a new nation inspired by the ideals of justice and liberty, a beacon of light in a disturbed and distracted world.”

Harry’s funeral service will be held shortly. If not for the lockdown, we would all be there – Malay, Chinese, Indian and others – to bid farewell to our brother, classmate and friend.

Harry’s passing reminded me of the Malaysia I once knew. We were all Malaysians then. Malaysia was not just a word or an address; it was something we felt in our bones, in our heart, in our spirit. It grew out of the friendships we forged, the respect that we extended to one another and the understanding that we acquired about each other. We had our differences but we were Malaysian and that was always enough to keep us together.

That Malaysia is gone now. Now we live largely apart from each other, more conscious of the things that divide us than the things that unite us. The opportunities for the kind of shared experiences that alone can generate the friendships and bonds that make for unity are less and less.

Now we school separately, play separately, bond separately and yes, die separately. The voices of hate and division have grown louder than the voices of unity, tolerance and respect. The bells toll for the Malaysia that once was, but few hear it.

A few days ago, yet another group filed a lawsuit to challenge the constitutionality of Chinese and Tamil schools. Even in the midst of one of the worst health crises our nation has ever faced, a time when we should all be pulling together, there are those who are actively working to marginalize minorities and stir up division and disunity. They’ve challenged our citizenship, questioned our right to be here, deprived of us of a role in government, denied us our history; now they seek to demolish vernacular schools. Is there no respite from the assault of bigotry even at a time like this?

I confess that at times like this I despair for the future of our nation. There is so much intolerance, so much bigotry, so much hate now. We boast about how devoted we are to God but cannot see the divine spark in our neighbour. We proudly unfurl our flag but miss the symbols of unity that it contains. We say we are Malaysian but that word has lost its sanctity and means different things to different people now.

I mourn for my friend Harry today but I also mourn for the Malaysia that is no more. We were Malaysians once; now we are just Malays, Chinese and Indians trapped by history and circumstance in the confines of a single geographical entity. And we are all the poorer for it.