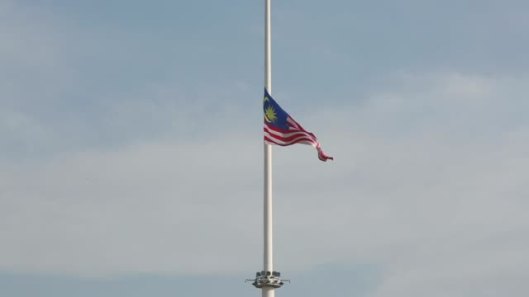 Sunday, 23rd February 2020 will long be remembered as our Pearl Harbour, a day of infamy like no other in our nation’s history. For us, the attack didn’t come from an enemy without but from conspirators within.

It was a day on which the very ideals of our nation were assault by an unscrupulous cabal of politicians, men and women without principle or honour, driven by nothing more than their lust for power.

They can cloak their intentions whichever way they want but it will fool no one. They betrayed us. They betrayed the trust that is implicit in their position as elected representatives of Malaysia Baru. And they betrayed our beloved nation.

People are angry and frustrated that the ambitions of a clutch of unprincipled plotters have pushed the nation to the brink of disaster. Whatever happens, it is ordinary Malaysians who will have to live with the consequences of their dastardly actions.

Things now appear to be moving towards a climax after days of intense intrigue and backroom horse-trading. Mahathir’s one last effort to try to regain the initiative – recalling parliament back to break the deadlock – was soundly rebuked by both the Speaker of Parliament and SPB Agong. He has run out of options.

Mahathir’s warning that if his plan for a national unity government under his complete authority failed to gain traction, UMNO together with the crooks and kleptocrats that lead it, would soon be back in power is proving prescient. But it was a Hobson’s choice between authoritarian rule or rule by kleptocrats; many parliamentarians found both too unpalatable.

And now the traitors and kleptocrats stand at the gates of power ready to trample upon the will of the people and overturn the results of the last general election.

With UMNO now confirming that they will, as a party, support Muhyiddin for the post of prime minister and with PAS, PPBM and Azmin’s band of turncoats offering support, it looks likely that this unholy alliance now has a real shot at power.

But if they do not, and a Muhyiddin-led Malay unity government comes to power this weekend, our worst nightmare will come true – a government run by crooks, kleptocrats and religious extremists that will make the terrible years under Najib look like a fun day in the park.

The reformasi agenda will die. Our democracy will be dealt a fatal blow from which it is unlikely to ever recover. Our brief tryst with freedom will be over. Corruption will once again flourish. An Islamic state will be a forgone conclusion.

And Najib and all the other UMNO leaders now facing charges for corruption and abuse of power will in all likelihood be let off the hook, especially now that attorney-general Tommy Thomas has resigned. Inside sources indicate that it was one of the reasons why Mahathir rejected working with UMNO; he could not agree to their demands to drop all charges against them.

Nevertheless, while Azmin and Muhyiddin no doubt plunged the dagger into PH, Mahathir is the one who must take the responsibility for this catastrophe. He engineered this coup and when it went awry, he watched helplessly as the house burned down around him. And all this just to spite Anwar and vent his prejudice against the DAP.

This could be Malaysia Baru’s last night. If tomorrow it is no more, it would have been destroyed by the very man we thought our saviour.