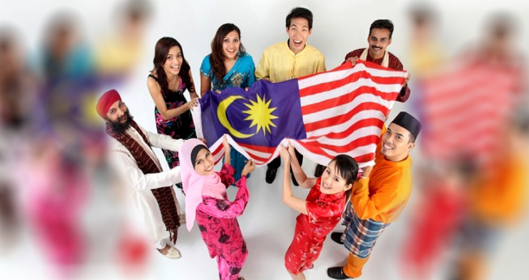 In many ways, we are several different people groups living together in the same space, coming together when we must but going our own way the rest of the time. As one Malay voter in the Balakong state constituency remarked recently, “We are still as segregated as ever. The Chinese won’t enter the Malay village areas, and vice-versa.”

For 61 years, we’ve talked about national unity but it remains as elusive as ever.

We now have a new government, a government that for the first time in a long time is truly representative of our diversity. Equally important, it is a government that wants to set things right. A key question, however, is whether we are ready for a radical rethink of race-based policies that have both  divided us and hindered our progress.

The Bumiputera agenda is a case in point. Even though there’s widespread recognition that the NEP has failed to meet its objectives, we can’t seem to get away from it. It is such a sacred cow that no politician has the courage to challenge it.

Instead of looking for more effective ways to help those who genuinely need assistance irrespective of race, the Pakatan Harapan (PH) government seems to be mulling a “new Bumiputera agenda” that is premised upon the same old underlying assumptions – that the Malay majority is threatened by the non-Malay minority and, therefore, continue to need an NEP-type framework to protect them.

And so we have Pakatan luminaries pandering to the gallery the same way UMNO used to, warning about threats to the Malays and the need to defend Malay rights. I suppose you can take the politician out of UMNO but you can’t take UMNO out of some of these Pakatan politicians.

A get-rich scheme by another name

The lack of new ideas was nowhere more evident than at the recently concluded Bumiputera Congress. Old ideas, including the setting up of yet another Bank Bumiputera, were recycled.  The only “new” idea , and an asinine one at that, was the proposal to introduce an economic sabotage bill to stem profiteering from the sale of approved permits (APs) and contracts.

When the government itself facilitates a get-rich-quick mentality by dishing out APs and contracts to cronies, what do you expect? A recent report, for example, noted that in 2005,  40.1% of all APs issued went to just four individuals.

The cynic might say that those who complain about APs and contracts are not really asking for the system to be dismantled; they are merely pleading for a greater share of the goodies.

Let’s face it: things like APs do nothing for the poorer Malays; it’s just a handout to cronies which the rest of us end up paying for. Will Pakatan have the courage to dismantle the AP system?

The economic disparity that we see today is not the fault of non-Malays but rather of Malay politicians and their cronies who hijacked the benefits and opportunities that were meant to uplift poorer Malays. If anything, Malays need to be protected from some of their own politicians more than anyone else.

Malaysia is rich enough to ensure that no citizen – irrespective of race – is left behind. The sooner we move away from looking for race-based solutions and look for innovative needs-based solutions, the sooner we can empower all our people and build ‘Bangsa Malaysia’ at the same time.

Non-Malays, too, need to change their thinking. Malaysian Indian politicians, for example, have long complained about the marginalized of Malaysian Indians as a result of race-based policies but then plead for race-based solutions themselves. We can’t insist that the NEP be abolished in favour of a needs-based system and then try to carve out a mini-NEP for Indians.

As well, do we really need another “Indian” political party, especially now that we have more Indians in cabinet (from multiracial parties like PKR and DAP) than ever before? The Indians are not going to prosper in political cocoons of their own; their future lies in an inclusive nation where the rights and needs of all are recognized and promoted.

The Indians are where they are today because many of their own leaders, playing exactly the same kind of race card as UMNO, let them down. They built their own empires by defrauding their own people. The last thing the Indians need is another Indian party to “represent” them.

As well, why  must allocations for the Indian community be channelled through Indian ministers as some are apparently demanding? Shouldn’t every minister be mindful of the problems of disadvantaged Indians and include programmes to assist them alongside other disadvantaged Malaysians?

Let’s also not forget that the same kind of abuses (remember the Maika scandal?) that attended the NEP also attended policies intended to benefit the Indian community. A few Indian politicians became very rich while the rest of the Indian community remained trapped in their misery.

Is DAP the new MCA?

And so we now have a DAP politician as special envoy for China. According to Lim Kit Siang, the DAP has also been tasked by the Pakatan administration  to play a role in strengthening ties between China and Malaysia.

Is the DAP replacing the MCA as the main interlocutor with China? Will the DAP now be hosting conferences on BRI the way the MCA used to do? Is the Chinese ambassador now expected to attend DAP gatherings the way he used to attend MCA gatherings?

We need to get away from this racist  BN-type approach to everything and simply appoint the best person available to represent us whatever the issue may be. After all, it’s not their race or religion that matters but their skills, their training, their expertise. For too long we have not been able to perform at our best because racial and religious issues have kept us from fielding the best people to protect and promote our national interests.

Besides, do we even need a special envoy in the first place, particularly one who lacks the credentials for the task and will not even be having cabinet rank? How do we expect China to take such an appointment seriously?

And why do we spend millions on a foreign service if we cannot trust them to do the job of managing relations with China? The appointment of a permanent special envoy  will sideline the foreign ministry and our embassy and weaken our overall ability to manage relations with China at this crucial juncture in our relations.

Non-Malay politicians must also do their part to promote unity by eschewing race-based parties and race-based solutions in favour of more inclusive ones. We can’t complain about the lack of national unity while insisting on race-based approaches ourselves.

[Next: Look East or Look Within]