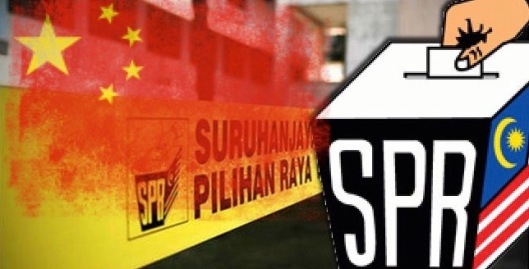 With GE14 now at hand, the nation is understandably focused on the tight race between BN and PH, the candidates involved and the kind of support they are likely to receive.

One issue that has received less attention than it deserves is what China will do.

No other country has more riding on the outcome of this election than China. Will China be content to allow the Malaysian political process to play out on its own or will it be tempted to meddle, in one form or another, in the process,  despite its oft-repeated non-interference pledge?

Malaysia is, of course, a veritable gold mine for China. While foreign direct investment from China is small in comparison to other countries, Malaysia has become one of the most lucrative markets for Chinese infrastructure and construction companies. Other than a handful of African countries, few countries elsewhere have afforded China the kind of access to its economy, the kind of near monopoly on massive infrastructure and construction projects, and the kind of favourable terms that Malaysia has extended to China.

Some reports suggest that PRC infrastructure projects in Malaysia could well surpass RM500 billion if all projects under discussion are approved.

In exchange for providing the bulk of the financing through long-term loans, Malaysia has handed over to China the rights to design, construct and supply all the major components of the project with very little domestic participation. China has even been given permission to import thousands of its own workers,  ostensibly because  of language difficulties.

These projects, often concluded without much transparency, represent an important boost for China’s manufacturing sector not to mention its labour market. It also gives China considerable influence (both political and economic) within Malaysia. As well, China is set to earn billions from interests on the loans extended to Malaysia.

Few other countries have given China so much so quickly and on such favourable terms.

The importance of the strategic dimension cannot be underestimated as well.

The extremely close relationship between Beijing and Putrajaya under Prime Minister Najib Tun Razak has led to a strategic tilt towards China. During his visit to China  in 2016, for example, Najib declared China to be a strategic partner and alluded to some sort of agreement under which China would protect and defend Malaysia’s sovereignty.

Malaysia has also given China access to its naval bases including the submarine base at Sepanggar. Favourable access to ports along the crucial Malacca Straits has always been a strategic objective of China as it seeks to project its naval power into the Indian Ocean and beyond.

On the South China Sea file too, the Najib Administration has opted for a low-key approach that sits well with China even as Beijing aggressively pushes ahead with its own plans to assert ownership of the area.

A setback for China?

Clearly, China has invested a great deal of political and economic capital in the current administration and has a vested interest in its survival, particularly when the opposition has pledged to review, and possibly cancel, some of the mega infrastructure projects.

While a Pakatan administration would undoubtedly not want to jeopardise good relations with China, it will want, according to their own pronouncements on the matter, to prioritize Malaysia’s national interests above all else.

In many ways, therefore, a change of government in Putrajaya will be seen, at least in the short term, as a setback for China’s grand designs for Malaysia and the region.

In this context, the shrill warnings by BN ministers that relations with China will be damaged if the opposition comes to power are aimed not just at Malaysian Chinese but at China itself.

What will China do?

Given what’s at stake, Chinese diplomats appear to be openly rooting for the BN government.

For some time now, they have been going around the country, often alongside BN ministers, to encourage both Malaysian Chinese and Malaysian Chinese business associations to support the BN government. They stress that Beijing is pleased with the good cooperation it is receiving from the present administration and promise that more economic benefits will flow to the people as a result of it.

While China’s newly arrived ambassador is a lot more circumspect than his predecessor, he has been no less relentless in pushing a pro-BN message at almost every event he attends, emphasizing that both governments work well together and have big plans for the future.

“The Chinese and Malaysian governments,” he said recently, “have formulated ambitious plans for their respective long-term development and we will keep striding forward in this historical journey of national rejuvenation and progress.” In addition, he praised the government for being “open and inclusive,” something that many Malaysians would, of course, take issue with.

The message to Malaysian Chinese in particular, therefore, is that if they wish to see good relations with China continue to flourish and enjoy the benefits of economic cooperation, they should support the Najib Administration. This puts the embassy on the opposite side of the majority of Malaysians who would be happy to see a change of government.

At the end of the day, however, if the Chinese embassy can help swing to BN at least a portion of Malaysian Chinese voters (many of whom remain adamantly opposed to the ruling party), the embassy would have achieved an important political objective.

Interestingly, the same officials who howled about foreign interference when Dr Mahathir and other opposition leaders met with European Union ambassadors not too long ago now pretend not to notice the obvious meddling of the PRC ambassador. It would seem that foreign ambassadors are free to meddle so long as they meddle on behalf of the ruling party.

Whatever it is, it is certainly an issue that bears watching.