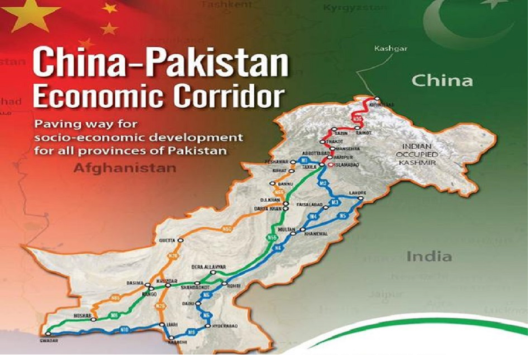 PART ONE: THE CPEC REVELATIONS

China has just concluded a very successful international conference on President Xi Jiping’s signature One Belt One Road (OBOR) initiative, an infrastructure master plan to connect China to key countries and regions in the world through roads, railways, ports, pipelines and telecommunications infrastructure. Some 28 heads of state and officials and researchers from more than 80 countries met in Beijing to hear President Xi outline his bold and ambitious vision for a new world order with China at the very centre of it.

The almost US$1 trillion OBOR programme of loans and aid packages certainly has the potential to transform key regions of the world, boost interconnectivity, open markets and stimulate investments flows.

It would not be an exaggeration to say that the world has not seen anything this ambitious and as well funded before. Understandably, there is no shortage of world leaders, including our own, ready to sing China’s praises and sign on to OBOR.

But is OBOR a win-win strategy for both China and its neighbours, as China’s leaders have repeatedly emphasized, or does it mask a hidden neo-colonial agenda?

What the leaked document, which was revealed by Dawn (Pakistan’s leading English language newspaper), shows, however, is something far more disquieting – a brilliant and stunningly detailed plan to integrate Pakistan’s economy into China’s supply chain with the aim of fuelling the industrialization of Xinjiang.

Xinjiang, a restive mainly Muslim autonomous region of China bordering Pakistan, is undergoing rapid demographic change. Hundreds of thousands of migrants from the rest of China are being encouraged to resettle in the province as part of a pacification policy. In order to sustain these demographic changes, Xinjiang will need major economic development. 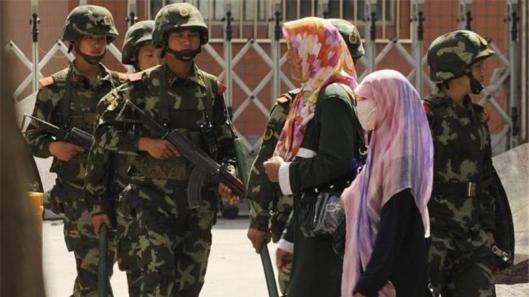 To this end, the plan proposes a detailed strategy for the exploitation of Pakistan’s resources and the leasing of thousands of acres of agricultural land to Chinese companies which will bring in the capital, machinery, technology and manpower to upgrade production to feed Xinjiang’s growth.

The centrepiece of the whole project is the construction of a road and railway corridor from Kashgar in Xinjiang to the Chinese built port of Gawdar in Pakistan. Gawdar, which is already operational, has been leased to China for 43 years. The corridor will open landlocked Xinjiang (and parts of Central Asia) to the rest of the world. It will also compliment the separate Iran-Pakistan gas pipeline project which is also funded by China.

CPEC, therefore, appears to about creating new jobs and spurring economic growth in Xinjiang more than anything else.

Interestingly, CPEC also has cultural provisions – the extensive dissemination of Chinese culture through a new broadcast television network and the teaching of Mandarin Chinese in schools and educational institutions.

In addition, the plan calls for the creation of “safe cities” through extensive electronic monitoring, surveillance and control systems with 24-hour video recordings of roads and marketplace, and the installation of a new national fibre optic network built and managed by China.

As Pakistani observers have pointed out in response to the Dawn report, such a system together with bilateral security cooperation agreements already in place, will give China unprecedented political control over Pakistani society.

This is a pattern that is beginning to manifest itself in other countries where China has critical interests as well.

It suggests that as China’s political and economic stake in a country rises, it will be tempted to protect its interest by actively engaging in domestic surveillance and domestic politics to ensure that pliant regimes and favourable policies remain in place and that any opposition is quickly contained; this is not uncommon behaviour for big powers.

A win for China

Even before the plan was leaked, opposition to CPEC had been mounting especially in Baluchistan, one of Pakistan’s four provinces. Political and civil society leaders in the province, which is an integral part of the corridor, complain that CPEC would lead to the extinction of their culture and the plunder of their resources, and have vowed to oppose it.

Now that the long term plan has become public, both China and Pakistan are scrambling to explain how it will benefit Pakistan. Some changes appear inevitable.

Whatever the outcome, the CPEC master plan indicates the extensive and detailed inter-departmental planning that has gone into crafting all aspects China’s OBOR strategy. It is also a confirmation that OBOR is a multi-dimensional strategy designed to advance Chinese interests above all else.

If CPEC is anything to go by, OBOR will certainly be a win for China but much less so for others.

Local politicians and businessmen who enthusiastically and uncritically promote OBOR, would do well to reflect on the CPEC documents and ask themselves what exactly are they signing on to when they join the rush to participate in OBOR? It would be tragic if they become, unwittingly or otherwise, pawns in a plan that ultimately works against the best interest of their own countries.

PART TWO: IS THERE A PLAN FOR MALAYSIA?