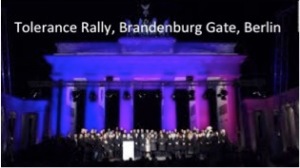 I was in Berlin attending a meeting when the terrorist attacks in Paris took place. I found the views of the politicians and leaders I talked to about the attacks both fascinating and instructive. It reminded me again about the meaning of tolerance and how far our leaders in Malaysia have strayed from it.

In the wake of the terrorist attacks against the offices of Charlie Hebdo and a Jewish grocery store by radicalized Muslims with links to Al-Qaeda, European governments went out of their way to reassure their Muslim citizens and reaffirm their commitment to multiculturalism.

The politicians I spoke to were deeply concerned about a possible backlash against their Muslim populations and were determined to head it off. They reiterated their belief that those who carried out the attacks in Paris were not reflective of the wider Muslim community and nor was it a reflection on Islam per se. They saw the actions of the terrorists as being out of sync with the basic tenets of their own faith.

In Germany itself, a gathering to show support for the Paris victims drew a massive crowd as ordinary Germans closed ranks in an impressive show of unity. The event began with prayers led by an imam followed by prayers from a pastor and a rabbi.

Angela Merkel, the German Chancellor and daughter of a pastor, declared her

solidarity with German Muslims by reaffirming that “Islam is part of Germany” and that she saw herself as chancellor of all Germans, including German Muslims. She went on to warn that “xenophobia, racism and extremism” have no place in Germany and are incompatible with the democracy, tolerance and openness of modern Germany. Joachim Gauck, Germany’s president, who was also in attendance, echoed Mrs Merkel’s sentiments.

It was quite clear that Mrs Merkel was standing up for deeply held personal and political principles. She did not opt for political expediency or play to the growing number of German voters who are becoming increasingly xenophobic.

There was something magical about the moment — misguided Muslims launch a terrorist attack in the heart of Europe and European governments rush to protect their Muslim minorities even as they face up to the very real terror threat. It was the right thing to do, and in its own way, a powerful rebuke to those who preach hatred and violence whatever their motives.

It’s hard not to draw an immediate comparison with the situation in our own country. Over the last few years we have seen intolerance, racism and extremism raise its ugly head with near impunity. Non-Muslim places of worship have been attacked. Churches have been raided. Bibles have been confiscated and desecrated. Pastors have been harassed and intimidated. Hate groups threaten minorities with decapitation. Minority religious and ethnic groups are openly despised, discriminated against and made to feel unwelcome.

Sadly, there has been little real leadership in the face of these outrageous actions.

Indeed, the very notion of equality and respect is alien; minority faiths have simply no official place in national life. When was the last time a Christian pastor, a Buddhist monk or a Hindu priest was invited to pray at an official gathering? When was the last time a Malaysian prime minister declared himself to be prime minister of all Malaysians including Christians, Hindus, Buddhists, Sikhs, etc. and vowed to defend their rights in keeping with our constitution? When was the last time a constitutional head of state declared himself defender of the faiths rather than the defender of only the official religion? Yes, Islam is the official religion of Malaysia but is there no place for other faiths in national life?

Sadly, it is much the same throughout most of the Muslim world. Religious and ethnic minorities are, in varying degrees, marginalized, harassed and treated as second-class citizens. Muslim leaders very rarely take a stand against intolerance, bigotry and discrimination at home. They’ll make great speeches abroad about how much their religion prizes moderation and tolerance but they do little or nothing to practise what they preach at home.

Muslim leaders are also quick to accuse the west of ‘Islamophobia’ and discrimination against their Muslim minorities. To be sure, European governments have made mistakes (trying to dictate what Muslims can or cannot wear, for example) and they certainly need to do more to reach out to their minorities. Undoubtedly, there is racial and religious discrimination. And it is obviously worrying that anti-Islamic and anti-immigration sentiment is rising across Europe. In Germany, for example, the anti-Islamic, anti-immigrant group PEKIDA has drawn thousands of supporters.

The big difference, however, is that European leaders, unlike so many Muslim leaders, have endeavoured to head off such racial and religious intolerance by taking a clear and unequivocal stand. Chancellor Merkel, for example, urged her compatriots not to attend PEKIDA rallies or support them. She described PEKIDA leaders as “full of coldness, prejudice, even hatred” and declared their message incompatible with German values. She also vowed that her government would “use all the means at [its] disposal as a constitutional state to combat intolerance and violence.”

In France itself, President Francois Holland insisted that any anti-Muslim acts would be severely punished.

Even churches took a clear stand turning off their lights in Dresden on the occasion of a huge PEKIDA rally to show their disapproval of PEKIDA as well as to stand in solidarity with Muslims.

Muslim governments, and particularly governments like Malaysia which claim to be democratic, which claim to uphold the highest ideals of Islam, need to similarly demonstrate the courage of their convictions by taking a firm stand against intolerance, bigotry and discrimination, by declaring that all faiths, that all ethnic groups have a valued and honoured place in the nation, that their rights and privileges as citizens and as human beings will always be respected and protected. And they must be unrelenting in standing up to those who sow hate and division, whether it is PEKIDA in Germany or Malay supremacist group PERKASA in Malaysia.

Leaders understandably cannot control how people feel but they can show leadership and moral courage, as Chancellor Merkel has done, in categorically opposing hate and intolerance wherever it may be found.

Hate and intolerance anywhere in the world diminishes us all. Therefore, all of us, and particularly our governments, need to send a clear message to the purveyors of hate, violence and intolerance that they have no place in civilized society, that they do a disservice to their religion or race when they act with such indifference to the rights of others. It’s okay to disagree, to hold differing opinions or beliefs, to be convinced of one’s own cause but it’s not acceptable to threaten, to incite hatred or to act violently against others.

Dennis Ignatius is a former Malaysian ambassador. He passionately believes in Tunku Abdul Rahman’s Independence Proclamation that Malaysia “will forever be a sovereign democratic and independent state founded upon the principles of liberty and justice and forever seeking the welfare and happiness of its people and the maintenance of a just peace among all nations.”