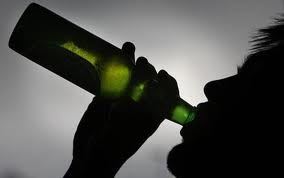 The Subang Jaya Municipal Council’s decision to ban Muslims from employment in places that sell or serve alcohol has embroiled the state government in yet another very public challenge. It pits PAS’s desire to enhance its Islamic agenda against the secular leanings of Pakatan as a whole. They ought to have trashed this out thoroughly before any announcements were made. That they did not shows, yet again, that Pakatan is still struggling to evolve a workable management style that takes into account the differing interests of its members.

Of course, Barisan is rejoicing that Pakatan is in a pretty pickle but it shouldn’t rejoice too soon because this is a problem that affects them too.

Section 18 (2) of the Syariah Criminal Enactment of Selangor 1995 prohibits Muslims from manufacturing, selling, offering to sell, displaying to sell or purchasing any alcoholic drinks.

Now that Pakatan has foolishly allowed itself to be boxed into a corner on the issue, there is no end of Barisan voices suggesting that the decision to ban Muslims from places which serve or sell alcohol is contradictory to several key constitutional provisions including the prohibition from making discriminatory rules on the basis of religion, the right to livelihood and even the separation of powers between Syariah and civil laws.

Well, where were all those concerns when the Syariah Criminal Enactment of Selangor was enacted in 1995 by the then Barisan state government? And if Barisan and UMNO in particular, really feels that the ban is a bad decision it should publicly state that it would repeal the act if it returns to power in the state.

Of course, they would never do that.

As far as they are concerned, this is not a debate about how we should seek to balance the often conflicting demands between religious and civil rights but about condemning Pakatan for its muddled leadership on the issue.

Never mind that Barisan has not provided any leadership on the matter either. It hee-haws between supporting Syariah to appeal to its Malay base and then attacks Pakatan over the issue to please its non-Malay base. This can be seen from the fact that UMNO has largely left it to the MCA and Gerakan to take the lead in attacking Pakatan on this issue. Barisan is, after all, masters at the art of having your cake and eating it too.

Its time we had an open and honest discussion about how we reconcile matters such as this. Those that seek to ban Muslims from working in non-kosher establishment should ask themselves how far do they want to go? Are they prepared for the consequences – economic, political, social?

Pakatan of course needs to get its act together. It cannot inspire confidence if issues like this constantly keep cropping up. It is a distraction that keeps it from more pressing issues.