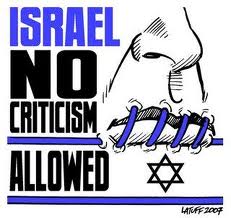 The second summit of the Inter-Parliamentary Coalition for Combatting Anti-Semitism (ICCA) concluded in Ottawa, Canada, earlier this month.

The summit, which was attended by parliamentarians from some 50 countries, discussed ways to combat what was described as “a dramatic increase in recorded anti-Semitic hate crimes ….”

The key outcome of the summit, however, proved to be controversial – a widening of the definition of anti-Semitism to encompass criticism of the state of Israel.

Independent Jewish Voices (IJV), a Jewish NGO committed to promoting a just resolution of the Arab-Israeli conflict, accused the ICCA of attempting to “silence international condemnation of Israeli human rights abuses and to criminalise criticism of Israeli misdeeds.”

Other groups concerned with protecting free speech also warned of “severe restrictions on freedom of expression” if the definition of anti-Semitism recommended by the ICCA is adopted.

The initiative to conflate criticism of Israel with anti-Semitism was first mooted at an earlier ICCA summit in London in February 2009 at a time when Israel was coming under intense international criticism for its actions during the Gaza war.

Since then, other developments have added to the pressure on Israel.

Last year saw the release of the Goldstone Report which accused both the Israeli Defence Forces and the Hamas leadership of committing war crimes as well as deliberately targeting civilians.

Israel rebuked Judge Goldstone, a South African Jew, and rejected the report as “distorted, falsified and not balanced.” Israel’s UN Ambassador remarked that the Goldstone report was “conceived in hate.”

Then in May, Israel suffered another public relations disaster when its troops killed nine members of an international flotilla attempting to break the Gaza blockade.

Again, Israel, as it now routinely does, dismissed all criticism of its actions as extremist and biased, implying that they were motivated more by anti-Semitic sentiment than anything else.

The ICCA appears to have developed upon this strategy.

There is also concern over the rising assertiveness of a new generation of Palestinians living abroad who are eloquent, western in outlook and better able to articulate their cry for justice.

They are beginning to emulate the successful methods of Jewish lobby groups in influencing public opinion and slowly challenging the distorted narrative of their struggle for freedom.

Their voices would be effectively silenced if it is now classified as hate speech.

At their London conference last year, the ICCA was also seized by what they called “illegal anti-Semitic discourse” on university campuses including calls for a boycott of Israel.

It is not inconceivable that even calling for a boycott of Israel might soon be considered hate speech as well.

Indeed, this is already happening – in September, the French government charged several activists with “incitement to racial hatred” for distributing leaflets calling for a boycott of Israel.

As one political commentator noted, “without a doubt, the main purpose of this redefinition of anti-Semitism is to create a serious chill on university campuses and in the media.”

Engaging in political activism and debate to influence public opinion and win support for their cause is one of the last legitimate forms of resistance left to Palestinians.

It is disingenuous to attempt to shut it down under the guise of combatting anti-Semitism.

Palestinians are, without a doubt, now fighting for their very survival.

They live under punishing and deplorable conditions, their lands progressively expropriated, their homes demolished to make way for more Jewish settlements, and even the most basic of human rights are denied them.

If it happened anywhere else, there would be outrage in Western capitals.

Of course, parliamentary leaders at the Ottawa conference strenuously denied any intention to stifle legitimate criticism of Israel but, as the IJV noted, coming from a group that rarely admits to any Israeli wrongdoing, such denials don’t amount to much.

Anti-Semitism is indeed a serious problem in the world and Jews, given their centuries long experience of discrimination and hate culminating in the Holocaust, have every reason to be concerned about it.

Right thinking people everywhere must stand against anti-Semitism, as well as other forms of discrimination and prejudice.

We all lose when religious or racial minorities are persecuted or discriminated against, when racism and intolerance of whatever nature is allowed to fester.

Redefining anti-Semitism to shield Israel from criticism or using it to stifle dissenting voices, however, is going too far and will be ultimately counter-productive.

Besides, no nation or government should ever be given a free pass.

It is only when governments are subject to the full force of public scrutiny, as harsh as that can be at times, can they be held accountable for their actions.

This is particularly vital in conflict situations where innocent civilians are most at risk.