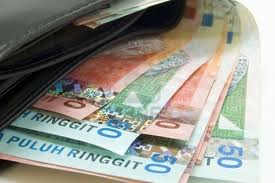 Malaysia needs to go well beyond mere economic and fiscal measures if it is to reverse the decline in foreign direct investment.

THE recently released UNCTAD World Investment Report 2010 indicating that foreign direct investment (FDI) in Malaysia declined by a massive 81% in 2009 has quite understandably grabbed headlines.

The overall result was that our country experienced its worst FDI performance in decades.

As we so often tend to do with bad news, we shift the blame; the drop in FDI was explained away as the result of “external factors.”

The argument was made that the global economy is, after all, still recovering from the worst economic crisis since the Great Depression. Besides, the doubling of foreign ownership of Malaysian Government Securities (compared to the previous year) and the splendid performance of the Ringgit indicate that investor confidence continues to remain high.

The massive outflow of funds from Malaysia, on the other hand, was explained away as Malaysian companies aggressively pursuing investment opportunities abroad, a coming of age of sorts even, by our multinationals.

Nevertheless, for a country that has long depended upon FDI to prosper and grow, such a drastic decline comes as a rude awakening.

For years we always bragged about how special Malaysia was by virtue of our success in attracting FDI at levels which left our neighbours green with envy.

High investment inflows were seen as a reflection of our competitiveness, our highly favourable business environment as well as our political maturity and stability.

Dismissing the significance of the precipitous decline in FDI might be politically convenient but it will not hide the arresting message that it sends: a serious loss of confidence in Malaysia and a sign of our decline.

Anyone closely monitoring developments in Malaysia, including foreign investors, cannot but conclude that our nation is now increasingly shaky in several areas. And they must also wonder, given recent events, if we are even up to the challenges we face.

What is really distressing is that such corruption and scandalous mismanagement of public finances keeps recurring with frightening regularity.

We seem to helplessly careen from one major scandal to another. It is a mess, a sordid mess, that must surely cause many foreign investors to simply shake their heads in disbelief and dismay.

And more than that, it tells the world that we still have not found the political will or the necessary institutional architecture to prevent such massive corruption from recurring.

It would be naïve to think that corruption on this scale will not impact investor confidence.

And, given our dismal record of bringing to justice the real kingfishers of corruption, not many believe that things are about to change.

Cumulative scandals affecting other national institutions, including the police and judiciary, have also steadily undermined the perception of Malaysia as a safe and competitive place for long term investments.

And then there is the increasingly strident and racially charged rhetoric that marks so much of what passes for political discourse in our country these days.

It may be just politics Malaysian style to some or a convenient, if morally bankrupt way, to garner support to others but it makes foreign investors, and many locals too, very jittery.

It is not for no reason that more and more Malaysians of all ethnic backgrounds are packing up and moving abroad.

In this connection, I wonder how much of that US$8.4bil that left our shores last year was simply Malaysians moving their capital to safer shores.

The assurances by the government that it will take proactive measures to reverse the decline in FDI are of course welcome as are the measures already introduced under the Government Transformation Programme and the New Economic Model.

Our response, however, needs to go well beyond mere economic and fiscal measures if we are to reverse the decline.

What is also urgently needed is real and effective political leadership to tackle head on the corruption issue and the growing racial and religious divide.

The Prime Minister’s 1Malaysia policy, while constructive and desperately needed, unfortunately already suffers from a thousand cuts. Unless he is able to revive confidence in the Government’s ability to bring about its realisation, it will not help turn the tide of slumping investor confidence.

If we ever hope to raise the RM115bil worth of investments to achieve the goals of the 10th Malaysia Plan, we must act now.

And not with half-measures and half-hearted gestures but with credible policies and programmes backed by the necessary political will.

Bearing in mind the turbulent and uncertain global economic environment we are in, our very prosperity, if not survival, depends upon it.