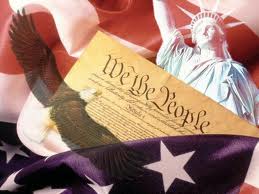 Last week the United States Department of State released its annual human rights report to Congress outlining the state of human rights in more than 194 countries. The report is ostensibly intended to guide Congress in determining the level of foreign assistance extended to other countries.

It has become something akin to an annual hazing ritual. Countries that don’t score very well kick, scream and protest. Terse notes are exchanged and ambassadors are summoned. Offended governments allege biasness, double standards, hypocrisy and hidden agendas. Some hit back with their own human rights reports excoriating the US for racism, Islamo­phobia, the ill-treatment of its native peoples and other miscellaneous injustices.

Mostly, these reactions are for the benefit of domestic audiences.

Some years back, Wisma Putra, stung by the harshness of the section on Malaysia, attempted to initiate its own human rights report on the US and other Western countries. It was, however, challenge enough to get our missions to report on more pressing issues and the idea was abandoned.

On other occasions, nasty exchanges between Wisma Putra and the US embassy ensued.

Sadly, as the latest report makes clear, all too many people, in all too many lands, are still oppressed and abused by their own governments and denied even the most basic rights and freedoms.

Human rights violations including horrific torture, extrajudicial killing, arbitrary arrest and detention, and the rape and sexual abuse of prisoners continue to be widespread. And these abuses flourish with shocking impunity.

People are also systematically discriminated against, marginalised and persecuted because they belong to a different race, religion or tribe.

While such abuses are often justified on the grounds of national security or political stability, it is almost always about a small and corrupt elite pursuing their own interests to the detriment of an entire nation. Not to them the notion that government exists to serve the people.

Unhappily, the report does not tell half the story. It is after all, a political document. For the unvarnished facts one has to turn to groups like Amnesty International and Human Rights Watch who are not constrained by the need to balance conflicting and vested interests.

Nevertheless, the US report will cause right-thinking people everywhere to recoil in revulsion. It also shows just how little progress has been made since the Universal Declaration of Human Rights was adopted by the UN General Assembly in 1948.

With regards to Malaysia, the report was less critical this year. It made reference to the already well publicised deaths of prisoners in official custody, detentions under the ISA, the abuses of refugees and migrant workers, and the serious problem of human trafficking. It however noted government assurances that investigations and changes are underway.

In what must surely irritate the Government, the report also noted that there were “persistent questions about the impartiality and independence of the judiciary” and that opposition leaders and bloggers were routinely harassed. It would be interesting to see how Wisma Putra will respond.

On a pointedly high moral note, Secretary Hillary Clinton wrote in the report’s preamble that these findings will “inform the United States’ diplomatic, economic and strategic policies towards other countries in the coming year.”

If only that were true.

The reality is that US foreign policy is guided less by its lofty ideals than by the perceived strategic considerations of the day. How else would one explain the long history of cozy relationships between the US and some of the world’s most despicable tyrants?

We have seen as well how human rights was shunted aside in the so-called war on terrorism. It did not seem to matter much that many governments were simply using the war on terror to terrorise their own dissidents.

At the height of the war on terrorism, there was no shortage of US congressional visitors to Malaysia who lauded the use of the ISA against suspected terrorists. One congressman even lamented that more countries did not allow for detention without trial. It was clear that America had no problems with the ISA and other similar laws when it served their interests.

And of course, human rights never got in the way of a good arms deal! After all, business is business.

To be sure, the US is not unique in this but it is especially tragic when the US acts in this manner because it, more than any other nation, is premised upon that great and grand idea “that all men are created equal, that they are endowed by their Creator with certain unalienable Rights, that among these are Life, Liberty and the pursuit of Happiness.”

Interestingly, one of the lesser known parts of the US Declaration of Independence asserts “that whenever any form of government becomes destructive of these ends (i.e. life, liberty and the pursuit of happiness), it is the right of the people to alter or to abolish it, and to institute new government, laying its foundation on such principles and organising its powers in such form, as to them shall seem most likely to effect their safety and happiness.”

Think what the world would look like if American foreign policy were to be informed by such an idea.