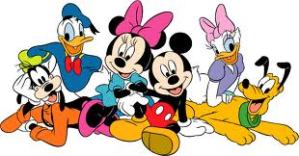 THERE is an industry in malaysia that does not receive much attention. it is by all counts a fast-growing industry and even thrives in times of fiscal constraint.

It is called study tourism which can be defined as tourism by elected officials and civil servants at public expense.

Study tours were originally designed to give our elected representatives and civil servants an opportunity to learn from the experiences of other nations and gain valuable insights into issues and methodologies that were relevant to their responsibilities and tasks.

The objective was better performance and more efficient programmes.

Elected representatives and public officials, however, saw an opportunity to see the world on government service and seized upon it with unparalleled enthusiasm.

Study tours have been organised to look at every conceivable subject (and some inconceivable ones too).

Whatever the programme or initiative, there is almost always a study tour of one sort or another attached to it.

Even while we were looking east, study tours continued to go west.

Invariably, the bureaucracy being what it is, reports and other assessments generated from study tours are quickly filed and forgotten.

They are probably not worth much anyway which explains why another study tour soon follows to look at the same subject.

It also doesn’t help that in Malaysia we tend to get carried away by the latest fads in management theory or strategic thinking.

One day it is all about paradigm shift (anyone remember that?), while another day bench marking might be the rage.

Then another foreign academic or business guru comes to town with another new idea and off we go again.

Once it was Kenichi Ohmae (The Mind of the Strategist); today it is W Chan Kim (Blue Ocean Strategy). In between were Peter Drucker, Michael Porter and a host of others.

Often, there is little real understanding of these theories and strategies and how they fit into national objectives.

One exasperated minister even complained a few years back that some of her staff were talking about bench-making instead of benchmarking! Some have really no application at all in the civil service.

Nevertheless, there is pressure to chant the management mantra of the day.

I guess you can call it management by slogans.

The consequence of this kind of mind-set is that it feeds the study tourism industry.

At one time there were so many Malaysian delegations travelling to the same country to study benchmarking that the country concerned considered charging a fee for their briefings.

Our missions in some capitals of the world have to regularly play host to elected officials and civil servants ostensibly visiting in search of knowledge, but really in search of good bargains and a good time at public expense.

It is not by accident that study tours to North America, for example, almost always pass through Disneyland or Niagara Falls or some other tourist hotspots. Rarely do these officials head for underdeveloped countries; if they did they might at least learn how not to make a mess of things.

One Mentri Besar wanted to lead a 25-member delegation to study the smoked fish industry in a particular country.

Never mind that that country had hardly a smoked fish industry of its own.

One has to wonder why a Mentri Besar would see the need to personally lead the study of such a peripheral industry?

After all, how important is the smoked fish industry in Malaysia?

And even if there was some potential in it, wouldn’t it suffice to send one or two officials to look into the matter? Shouldn’t politicians be concerned with policy and leave the fact-finding and assessment to officials? Quite fishy really.

Apart from one brief meeting with local officials, they did no other official business.

In recent years, our officials have become even more brazen.

They have now devised a programme for officials to accompany our students who go abroad to enrol in foreign universities.

It’s hard to imagine how they can justify travelling all the way to the UK, Canada or the US (business class, no doubt) simply to accompany five or six new students.

Surely this is taking baby-sitting to absurd lengths!

Apparently years of studying best practices and other accountability programmes have not made much of a difference.

Let’s face it: study tours are for the most part just tourism by another name.

It’s time this dubious practice was ended or at least subjected to greater oversight and accountability.

Malaysian Prime Minister Najib Tun Razak recently indicated that he wants to cut back on government expenditure; he should begin by immediately banning all study tours and unnecessary foreign junkets.