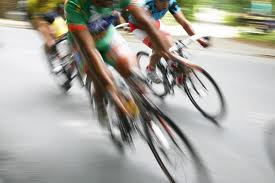 Has it now come to this? Local and international media are all reporting that over the last few days our police have detained dozens of mostly teenagers for taking part in a protest over low wages. The protest involves a mass bicycle ride across the country to deliver a petition to the Prime Minister appealing for attention for the plight of our much marginalized citizens of Indian origin.

The police offered up the usual excuses for their heavy-handedness – no permit lah for a gathering, illegal gathering, and even the laughable explanation that teenagers were being exploited. The Star reported that the police would take action against Dr. Jeyakumar, a Member of Parliament, under Section 32 of the Child Act for exploitation in connection with the case (The Star, December 17th).

The fact is Malaysia’s Indians have been marginalized for far too long. They have been left out of the progress and prosperity that others in the country have enjoyed. Part of the problem is that they have been betrayed by some of  their own leaders who have prospered themselves instead of trying to prosper the community as a whole.

They have also suffered the most  from Malaysia’s system of race-based politics. The number of Indian students in our universities have fallen progressively. Their representation in the economy and in the civil service has similarly declined. Our citizens of Indian origin are languishing and the sense of hopelessness they feel is real. It is not for no reason that there was a groundswell of support for  HINDRAF among the Indian community.

The Government should seek to understand what is going on in the Indian community and work towards improving their lot. Imagine what it would have done for national unity if the Prime Minister met with them and heard them out; or better still cycled with them to show his concern for their situation?

Instead, the Government has chosen to crack down on them. Will they, like  the HINDRAF demonstrators before them, soon be accused of links to the Tamil Tigers  and detained under the ISA? Perhaps bicycling should be considered an anti-national activity. Its time the Government relaxed and allowed Malaysians to express their grievances in peaceful ways. And if taking a bicycle ride threatens national security, then we have to ask ourselves what kind of a country we are living in?

So, I say to my fellow citizens of Indian origin: go ahead and pedal furiously for your right to be heard!

Every time citizens exercises their democratic right to be heard or to express their views in a peaceful manner, democracy is strengthened for all.