As dramatic and disturbing as the assassination of Kim Jong-nam is, it is simply a sideshow in the ongoing tussle between Beijing and Pyongyang.

As a client state, North Korea is expected to be mindful of China’s overall strategic interests in the region. No one, however, apparently briefed North Korea’s brash young leader about the niceties of client state behaviour. Since coming to power in 2011, Kim Jong-un’s actions have caused alarm and concern in Beijing.

His nuclear weapons programme and poorly timed missile testing threaten to upset the delicate balance of power that China is seeking to maintain in East Asia at a time when there is an unpredictable new occupant in the White House. The Chinese were also chagrined by the 2013 execution for treason of Kim’s uncle, Jang Song-thaek, who was well respected in Beijing. There were also a number of other unpleasant incidents between the two countries involving the treatment of Chinese investors and businessmen in North Korea.

More than anything else, however, a credible nuclear capability would give the North Korean dictator greater manoeuvrability vis-à-vis China and other powers, a worrying prospect for the Chinese leadership. As one Chinese professor put it, “If we choose an ally that can’t be tamed, we might become the biggest loser.”

To show its displeasure, China joined the international criticism of North Korea’s missile tests and last week rejected a shipment of coal from North Korea.

A slap in the face

It was no secret that Kim Jong-nam, the elder half-brother of Kim Jong-un, was under China’s protection, having lived in China since he fell from favour more than a decade ago. His presence in China was a constant reminder to Kim Jong-un that China had a convenient replacement, one who had perhaps a better claim to the throne as the eldest son, if he proved too unreasonable. For that reason alone, Kim Jong-nam was a marked man.

However, not even the mercurial and impulsive North Korean leader would have dared act against his half-brother while he was on Chinese soil. It would have been an insult that China would simply not have tolerated.

Malaysia, on the other hand, with its open doors, lax security and indulgent attitude towards North Korea was another story. Certainly, the North Korean leadership would not have expected that Malaysia would react the way it did. The law of unintended consequences just keeps cropping up in international affairs.

The reaction from Beijing was also not long in coming. Shortly after the assassination, China suspended all shipments of coal from North Korea until the end of the year. While the move was presented as part of China’s efforts to implement UN sanctions against North Korea, it is almost certainly a direct response to the assassination in Kuala Lumpur.

As coal is North Korea’s single largest export item to China, the suspension is bound to hit the North Korean regime particularly hard. No doubt other measures are being planned as well although China is unlikely, at least at this stage, to attempt regime change in Pyongyang.

A tougher than expected response

In the immediate aftermath of the assassination, Malaysia appeared to go out of its way to avoid doing anything that would further exacerbate the situation. The Home Minister indicated that the body would, in due course, be returned to Pyongyang in accordance with international practice. He also insisted that the incident would not affect bilateral relations.

The provocative response of the North Korean ambassador, however, appears to have stiffened Malaysia’s resolve.

In two rambling press conferences, the ambassador accused Malaysia of a litany of offenses – colluding with his country’s enemies, scheming to implicate North Korea in the assassination, roughing up North Korean citizens and violating human rights and international law.

Failure to respond appropriately to such a provocation would have made the Malaysian government, already beset by a number of domestic scandals, look weak.

Interestingly, while the ambassador alluded to South Korea when he accused Malaysia of colluding with “hostile forces,” his comments could apply to China as well.

Wisma Putra, which was largely silent in the early days of the drama, quickly responded by summoning the North Korean ambassador for a dressing down. More significantly, Wisma Putra announced that Malaysia’s ambassador in Pyongyang had been recalled for consultations – the strongest diplomatic show of displeasure short of breaking off relations.

Recalling our ambassador is absolutely the right thing to do given that it is now pretty clear that North Korea was complicit in the assassination. No country can look with equanimity upon such outrageous behaviour.

The North Korean ambassador is, of course, in a very delicate situation; he has a Damocles sword hanging over him. If he is not seen to be zealous and conscientious enough in defence of the regime, he could suffer the same fate as his predecessor who found himself at the wrong end of a firing squad after being recalled from Kuala Lumpur. It is this fear of the consequences of failure, as much as anything else, that might have pushed him to the point where his actions have now done serious damage to the bilateral relationship. It is hard to see him continuing in his present post for long.

Such are the perils of working in the North Korean foreign service.

The assassination also raises interesting protocol issues. According to Satow’s Guide to Diplomatic Practice, long the go to handbook for diplomats, “If the death [of a diplomat] takes place in circumstances where ordinarily an inquest would be held, the authorities in the receiving state should if necessary be reminded that it has been general international practice not to hold an inquest where a diplomatic agent or other member of a mission dies in office, whether in inviolable premises or not.”

Some would argue, therefore, that Malaysia did not have the authority to carry out the post-mortem and that North Korea is within its rights to demand the return of Kim Jong-nam’s remains given that he was travelling on a diplomatic passport.

However, it can also be argued that although Kim Jong-nam was travelling on a diplomatic passport he was not formally accredited here and is, therefore, not subject to the same protocol.

What this means is that Malaysia has a great deal of latitude in deciding how to proceed with the case. Given that other countries – China and South Korea come to mind – also have a vested interest in the outcome, Malaysia will have to tread a careful path if it wishes to avoid being caught up in the bigger power play that is unfolding behind the scenes.

For now at least, both China and South Korea will no doubt be pleased with Malaysia’s tough stance. They will take satisfaction that the investigation has resulted in prolonged negative exposure for Pyongyang that will both further isolate and discredit the regime.

What happens now will depend, to a large degree, on how things play out between Beijing and Pyongyang. Where the remains of Kim Jong-nam finally ends up will provide interesting clues.

Malaysia, which has been increasingly deferential to China – even quietly sending back to China Muslim Uighur refugees who sought asylum in Malaysia – will likely be mindful of China’s interest in the matter. 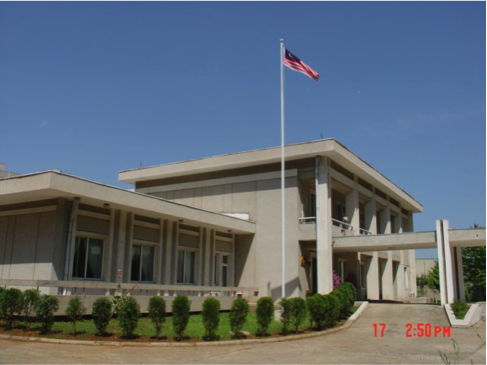 If nothing else, hopefully the assassination and the angry North Korean response to Kuala Lumpur’s handling of the case will prompt a reassessment of relations with Pyongyang.

For some unfathomable reason, Malaysia has had a resident diplomatic mission in Pyongyang since 2003, one of only 23 missions in the North Korean capital. Unfathomable because trade is practically non-existent (with almost zero prospects of improvement) and there are simply no bilateral issues worth talking about that would warrant the expense of a mission.

Perhaps in a desperate bid to add some substance to the relationship, both countries even explored ways to enhance tourism, never mind that North Korea is a country with no outbound tourists and only a few, possibly insane, inbound travellers.

What is more preposterous, however, was the decision some years ago to quietly take in 300 North Korean workers to work in Sarawak’s mining sector. Why Malaysia would even think of employing North Korean workers – slave labour, to all intent and purposes, toiling in a distant land to augment the regime’s scarce foreign reserves – is a mystery.

Malaysia also plays host to an approximately 1000 strong tightly knit community of North Korean businessmen, restaurant workers and other dubious ‘professionals,’ all of whom are controlled by the North Korean embassy and serve the interests of the state in one form or another.

Clearly, this is a one-sided relationship that benefits North Korea rather than Malaysia. Certainly, not many Malaysian taxpayers will lose any sleep if our mission in Pyongyang is shuttered for good.